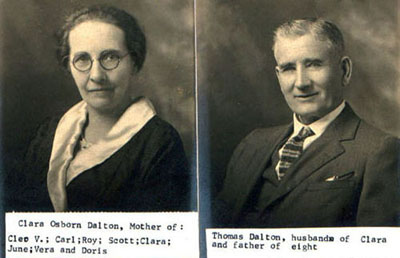 Thomas Dalton was born in 1829 in Madison, Ky and died in 1893 in Virgil, Kansas. He was one of the early settlers of Virgil. His brother Richmond was born in Madison Ky in 1834 and died in DeKalb Missouri in 1898. Richmond had two wives, Prudence Ann Norris and Synthia Wilson. With his first wife Prudence they had 11 childrem including 3 sets of twins. Prudence died the same year that the last set of twins were born in 1874. Richmond and Prudence first son was also named Thomas Dalton. He is shown in the picture above with his wife Clara Osborn. They are my great grandparents. He was born Feb 17, 1856 in DeKalb County, Mo and died in Chanute,Kansas April 25,1946. I remember sitting on his lap. He died when I was 5 years old. All of their children were born in Virgil,Ks. My dad Cleo I Dalton was also born in Virgil in 1908.

This link provides details of the Richmond Dalton family

This link provides details of the Thomas Dalton family

Below are the 8 children of Thomas and Clara Dalton. Cleo Vernon Dalton was my grandfather. 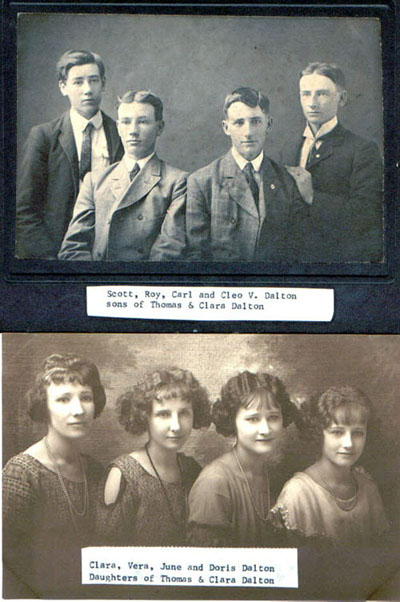 Below are four generations of Dalton's and Cox's. My grandfather Cleo Vern Dalton married Mae Cox. 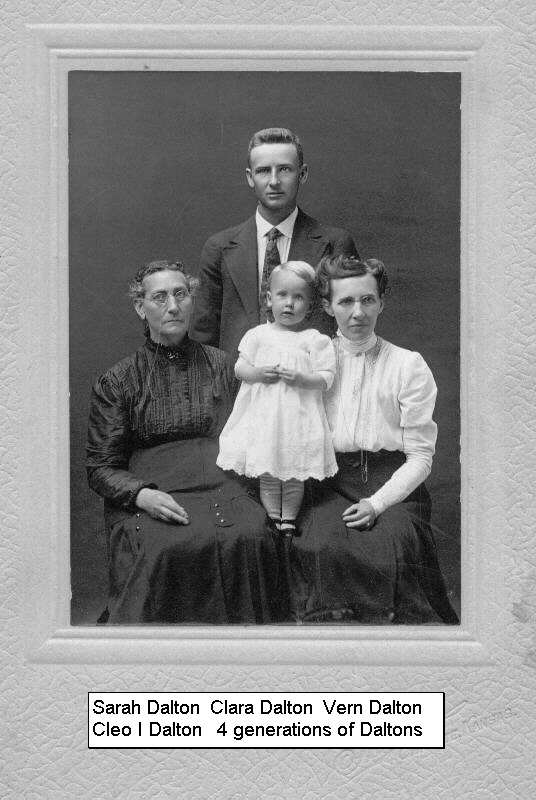 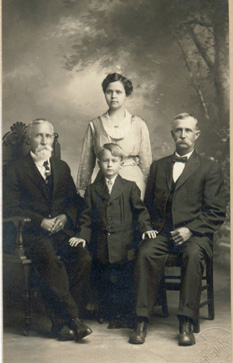 Below is my grandfather Vern, grandmother Mae Cox, and father Cleo I Dalton holding my sister Donna 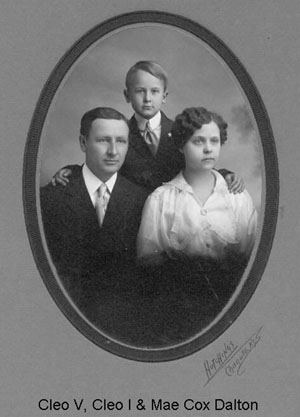 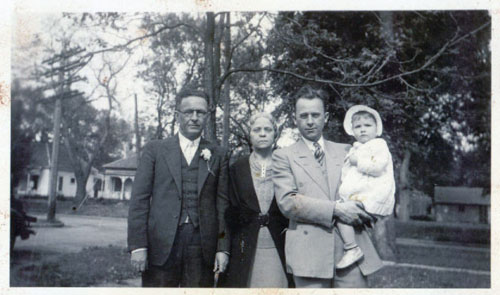 In this picture my dad Cleo I Dalton is the child in the front. From left to right are Scott, Carl, unknown, Thomas (father) Roy, unknown, Vern Dalton and Frank Burtle (married Clara). 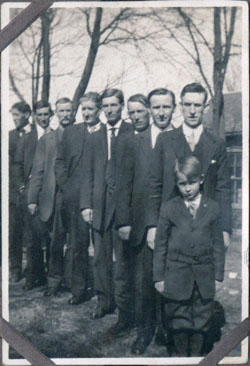 Note: History shows that Thomas Dalton, born in 1829, grandfather of Harry Dalton, was visited by the Dalton gang from Coffeyville, Kansas shortly before the Coffeyvile bank robbery attempt. He threw them off his property when he heard what they were planning. Except for Emmett Dalton, they were all killed at Coffeyville attempting to rob two banks at the same time. (Thanks to Sally Ford for this information)